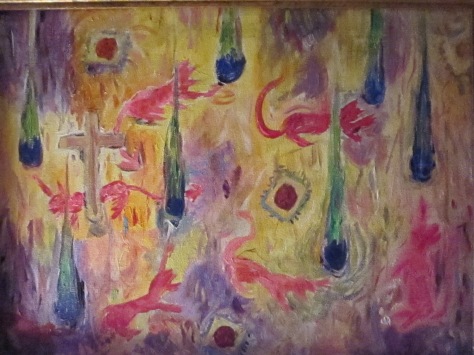 You’ve heard the saying, “Winners never quit, and quitters never win”, I’m sure. I’m not exactly sure who originally coined that phrase. I’ve seen it posted online by Ted Turner and Vince Lombardi, but it seems older to me than that. I’m not here to advocate quitting. I’m a big believer in persistence, but I’m kinda going to throw a wrench in the works here because sometimes it is okay to quit.

This is my long awaited and  very exciting post about Henry James. Most people have never heard of him. Why? Maybe because he wrote in the late 1800’s. But Henry James penned my favorite book of all time, Portrait of a Lady. Why do I love Henry James? I think because his books are so psychologically demanding. When you read one of his books, you get inside the heads of the characters and you feel their turmoil and pain. His characters have so much going on in their minds, you can’t keep up with the inner drama.

But in many areas, Henry James was a quitter. Henry James quit Harvard Law School so he could pursue writing. He quit painting lessons because he found out his brother was much better than himself. He quit America because he didn’t like its non-involvement in the first World War. He quit play writing, because his play sucked so bad, the audience booed him when he took his bow at the end of one of his plays.

But guess what? Henry James prospered. He wrote 20 novels and over 100 short stories, novellas, literary criticisms, plays, travelogues and reviews. He was called the master of the psychological novel.

Here’s a brief low-down on this great writer: He had two brothers who fought for the union in the Civil War. He himself could not fight because of a back injury. His only sister, Alice, had a history of mental illness. Although he was born in New York City, he spent most of his life in Europe and became a British citizen. He suffered from gout, which nearly crippled him. He was mostly schooled by tutors in his younger years because his father was very unconventional and wanted him to be raised open to new experiences. He formed a long standing friendship with Edith Wharton and often traveled with her despite their 19 year age difference. He never married. He renounced his American citizenship and became a British citizen because America refused to join the war, yet shortly after his death,the United States did join the war.

His stories are enigmas, and he was an enigma as well. That’s what I love about writing. There’s always some mystery involved.

This is going to be a brief blog. I did some research on my absolute favorite author of all time, Henry James, but haven’t given it the amount of attention I want to, so hopefully that will be the subject of my next blog.

This blog will be a bit more personal. First off, I want to include a link to my new story Her Stepfather in Timeless Tales. This was one of the few stories I wrote during my dark period, I’m calling it. It’s no secret that I went through a difficult time this Summer and early Fall with my daughter’s move several states away. I experienced emotions even I don’t completely understand, but they were akin to the grief you experience when someone dies. Like I said, I can’t totally explain this. My daughter is alive and well and very happy, but my state of mind was the exact opposite of hers. I have been desperately unhappy and trying to make my way back. I felt like my reason for living was cut like the golden cord of life. Nothing, and I mean absolutely nothing in my life held any interest for me except my daughter and she didn’t need me anymore. It was hell on earth. Like I said I’ve been trying very hard to find my way back . I’ve been writing again, mostly articles for the children’s magazine I am often published in and my blogs. I haven’t been up to returning to my novel. That is the background for why I wrote this story, which is very dark. I’ve been in a dark place and all this pain poured out of my soul into my writing. I know that I have to go on and find new things to make my life happy, but to be honest I’m not sure what they are yet. As a result of the circumstances of my life, I’ve run the gamut of emotions. I’ve felt isolation, rejection, betrayal and extreme sadness.  However, I’ve always been a believer in making my own happiness, so I’m going to work hard at this. Will there be light at the end of the tunnel? I don’t know. Hopefully, it’s not as dark there as it is here. 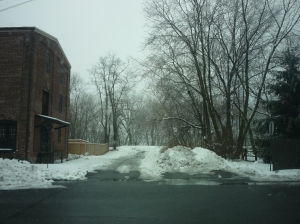 Let me start this blog out the proper way. I am not a fan of Winter. I am a Spring/Summer kind of person. Fall is beautiful, with the leaves and cool, crisp temperatures but I have fall allergies, so fall is no good either for me. Winter is definitely a kill joy as far as I’m concerned. Sure, I love snow. It’s gorgeous. It makes for great pictures, and it looks nice out the window. As far as going outside, shoveling it and maneuvering through it, it’s the pits.

However, I am here to promote Winter in a way. I’d like to advertise Kate Wolford’s new book, Frozen Fairy Tales found here on Amazon. I recently purchased the book, as I am a big fan of fairy tales, and I am eager to read it, even if it is about Winter. In honor of the book’s release, Kate has a flash fiction contest, with the wintry theme in keeping, surrounding Sleeping Beauty. If you’d like to enter as I did, please read the guidelines and submit in the comments section here. You could win $100. While you are scouting this out, you can read my take on Sleeping Beauty as well on the blog post comments. I am very excited to see who the winner will be.

Winter is actually a very good time for writers. Generally it is so cold outside that there isn’t much to do but sit in the house and read a book or write a story. I’m hoping the return to cold weather will inspire me to finish my novel about eternal winter. I have been rather disenchanted with it lately, since Open Office erased my file and deleted my whole novel. Although I had a Norton Back up program, for some reason it was only backed up to July 30th so several chapters could not be recovered. I have not had the heart at this point to rewrite them, but of course, I will at some point, when I get motivated. Actually, I should have a better attitude about Winter because my very first publication was in Kids Ark magazine. It was a story, called “Snow Treasures.” Whether you’re a winter person or not, hope you can find some time to write. 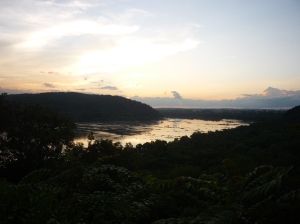 In honor of my Guardian Angel Kids Publication about child poet Hilda Conkling found here I decided to write another little article about Emma Lazarus. Have you ever heard of this great poet? I’m sure you have if you have ever heard the poem with the lines, “Give me your tired, your poor, your huddled masses.” That piece of genius was written by Emma Lazarus, a woman of Jewish lineage, born of a wealthy family but a true advocate for Russian immigrants and Zionism when Zionism hadn’t been really born. Emma Lazarus was a sick child who spent a lot of time home alone, reading. She wrote poetry at age 14 and was published at 17 by her father. But her poems were so inspiring that they caught the eye of Ralph Waldo Emerson, who became her mentor and perhaps, some say, her secret crush. Because she was gutsy and feisty, she sent Emerson a copy of her first book in 1868 and that started a friendship  that continued even though she felt slighted by him when when he failed to include her work in his anthology, Parnassus.

Emma Lazarus was a very talented writer, who used her recognition to further the causes she was enthusiastic about. She called for Jews to come together and create a homeland in Palestine long before it was a popular thought. Although of Jewish Lineage, her associations were mostly Christian ones so she found herself not quite fitting in either Christian or Jewish society.

Sadly, though she is most known for the poem “The New Colossus” that graced the pedestal of the Statue of Liberty, she was not to see its debut because it happened 16 years after her death from Hodgkin’s disease when she was just 38. Yet, she will be remembered forever for this lovely lilting poem, and the sentiment behind it.

Poetry at its best is an expression of the soul. I think anyone can be a poet if they dig deep into the recesses of what touches them most. The raw wounds we bear often make for the best writing.

a novice writer's guide to publishing