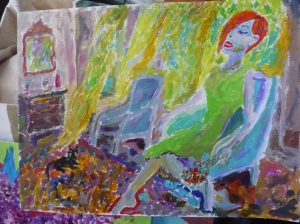 After a recent post by Melinda Moore, who also has a blog at Enchanted Spark, Link here: http://enchantedspark.com/wordpress1/   where she mentioned that she considered ending her blog, and then also reading a blog by someone else that said basically, Why blog at all if you’re a writer, there is no proof that blogging helps your sales, and instead you should write articles, that you can sell for real money. I admit, I was shaken. By the way, I have written articles for real money, and I love doing that. Articles are educational and if you write about what interests you, they are also fun to write.

But I began seriously questioning. Should I be wasting my writing time on a blog? Here’s what I gleaned from my blogging research:

Why do I blog: 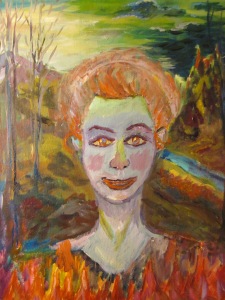 I’m very excited to be blogging again after a three week’s hiatus. The reason for my excitement is a reoccurring passion to write. I recently did some research for an article. If you recall, I wrote a short blog a bit ago about never being too old to write. Well, I reversed course and started thinking about never being too young to write and I found a plethora of young authors who published stuff before the age of 25.

In this mish-mash I discovered a few mysteries. Here is one of my favorites:

A young girl named Barbara Newhall Follett who published her first book, The House Without Windows, at age 12. Barbara was born March 4, 1914. This jumped out of me right away because my mother was born on March 4th. She was born in New Hampshire to a college English teacher father and a writer mother. She began writing when she was four years old. Words were always magic to this young girl. She wrote long stories at age 5, including one called, “The Life of the Spinning Wheel, the Rocking Horse and the Rabbit”. At the age of 8 she embarked upon even a greater challenge and decided to write her first novel. It was The House Without Windows. However, the book was destroyed in a fire and had to be recreated and rewritten by the young girl. She was able to do that by age 11 and with the help of her father, published it her next year. It was a wonderful story about a young girl running away into nature.

Some days Barbara wrote more than 4000 words a day. By her 14th birthday she had written her second novel, The Voyage of the Norman D. But Barbara’s life took a crushing blow. Her father left the family, leaving her and her mother practically destitute. Her mother was forced to leave her in the care of friends in Los Angeles. Barbara hated this and soon ran away to San Francisco where she hid out in a hotel and wrote poetry. She was discovered, however, after much publicity and returned to her mother’s care. The two were in such dire straits, though, that Barbara had to take a job at 16 as a typist. She found this job not very fulfilling.

Still a teenager, she met a man who seemed to equal her love of nature, Nickerson Rodgers and they eloped in 1934. She was very happy at first. She and Nick backpacked through Europe and she took dancing lessons, but things eventually went south for her when she found out five years into the marriage that her husband was cheating on her. They tried working things out and she seemed hopeful when on December 7, 1939, she and Nick had an argument and she left their Brookline, Massachusetts apartment with a notebook and $30. She was never heard from again.

Her husband didn’t notify the police that she was gone until two weeks later and waited four months to file a missing person’s report. He claimed that he was just waiting for her to return.  She was later searched for but never found. Her mother suspected foul play but nothing was ever proven. She just vanished from the face of the earth. Before her disappearance she wrote a couple of novels that were never published. One of them was about a couple, stranded on a deserted island who were discovered but the woman didn’t want to come back. Draw your own conclusions.

a novice writer's guide to publishing